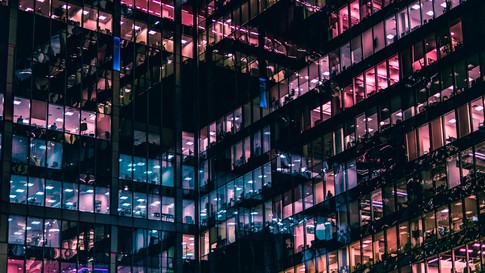 Are DAOs the business structures of the future?

Decentralized Autonomous Organizations (DAOs) are a new type of organizational structure that runs as code on blockchains. They are owned and managed by members who normally hold tokens that provide decision-making rights and/or economic rights in the organization.

The number of DAO participants has grown in 2021 from 13,000 to 1.7 million people worldwide and DAOs are increasingly a hot topic. With questions around liability, how the emerging web3 space should be governed, and how DAOs can be used as a vehicle for entrepreneurship in the digital space, it is worth considering their growing importance.

DAOs allow members from anywhere in the world to pool capital and code rules for how they would allocate capital. Governance is supposed to be automated by code and decentralized (in other words, no one can tamper with the rules). For now, most of this remains theoretical, as governance smart contract technology remains rudimentary.

Why are DAOs on the digital agenda?

Crypto wealth has grown 10x from $200 billion in 2019 to $2.4 trillion by mid-2021. Investor interest in the web3 space peaked in early 2022 with the launch of multi-billion dollar seed funds like Haun Ventures. Web3 investors are increasingly willing to invest in tokens rather than equity. With larger check sizes, governance is even more important. Entrepreneurs follow the money by building themselves as DAOs. Investors also create funds as DAOs, including some notable ones including Orange DAO, VC3DAO, and BessemerDAO.

DAOs promise new forms of organizational and collaborative structures in the digital and global space. As significant digital value is created, through non-fungible tokens or the metaverse, DAOs could be the native entity for value creation in cyberspace. Many blockchain protocols are designed as cross-border global collaborations. DAOs are meant to enable trustless and decentralized collaborations by encoding governance rules.

Why should we care about DAOs?

DAOs are the natural economic entity of web3. Decentralized finance (or “DeFi”) protocols are almost always governed by some form of DAO. At Poko, for example, hundreds of builders seek to create CADs from around the world. These include micro-fund managers, inventors, and entrepreneurs building businesses to tap into the growing Web3 ecosystems.

Entrepreneurs use DAOs to fundraise globally and transfer ownership to their communities. Axie Infinity in Vietnam launched a blockchain-based game that hit a multi-billion coin cap by engaging communities around the world. We are also working with the Astana International Financial Center in Kazakhstan, which has a national crypto strategy, to pioneer the establishment of the world’s first investment DAO incorporation framework.

Instead of issuing traditional shares, DAOs typically issue tokens. In practice, many token holders and issuers expect governance rights or economic returns from tokens. However, there is often no real legal relationship between token holders and DAOs. This puts token holders at risk.

The legal form of a DAO raises concerns. In DAOs, there are often no formal corporate structures without explicit terms of liability protection or clear distinction between the different roles of participants. Governance token holders, instead, are allowed to suggest actions for the DAO to take and vote on those actions. Without clarity on the legal form of DAOs, it remains unclear what the nature of their member liability is, creating significant risks for members.

DAOs always need intermediaries to carry out voted actions. If a DAO’s cash is made up of on-chain assets in a digital wallet (like cryptocurrencies), coding actions into automated smart contracts could completely bypass the need for executive representatives. For example, DeFi DAO treasuries are often controlled by individuals who must take the necessary steps to implement voted DAO actions.

There is a lack of clarity on the individual liability of DAO members, particularly if they choose to ignore the instructions of adopted proposals. This creates a limitation of the spaces in which DAOs can operate outside of on-chain environments. Questions remain about which gateways to off-chain assets need to be developed.

In most countries, DAOs cannot file taxes in the same way as traditional business entities or receive tax refunds associated with such entities. It is not yet clear whether the DAOs will be taxed as separate companies or as intermediary vehicles. In many jurisdictions, this means that membership in the DAO could be a direct tax liability for individuals investing in DAOs.

Although legal recognition of DAOs remains rare, some jurisdictions have chosen to introduce laws to close the gap. In 2021, Wyoming became the first US state to legally recognize DAOs and grant them the same legal rights as LLCs. A similar recognition took place in the Marshall Islands. Elsewhere, DAOs often operate without a clear legal framework. In Delaware, for example, a traditional Delaware-based LLC is often created to hold assets and act as the beneficiary of funds.

Technology has surpassed regulation in this space. The current approach is to try to fit DAOs into a business registration framework designed for the pen and paper age. The need to build a regulatory framework around this technology is urgent. This requires public-private partnerships between technologists, regulators and entrepreneurs. The future of digital entrepreneurship hangs in the balance.

The opinions expressed in this article are those of the author alone and not those of the World Economic Forum.