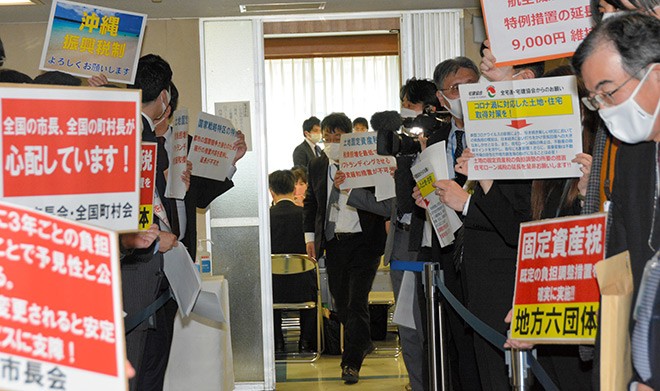 Special tax incentives given to households and businesses reduced tax revenue by 8.048 trillion yen ($57 billion), about 13% of the total collected in fiscal 2020, according to Ministry of Finance reports. .

But a murkier area is benefiting certain industries or businesses without an assessment of whether tax incentives are having the intended effect.

These deductions and incentives have been called a “hidden subsidy” to businesses.

The Ministry of Finance submits annual reports to the Diet that assess the decline in tax revenue due to tax incentives. The latest report was for fiscal year 2020, when 60.822 trillion yen in tax revenue was collected.

Central government budgets have increased to deal with the new coronavirus pandemic and to strengthen national defense. Therefore, more attention will likely be given to finding sources of revenue to fund these programs in next year’s budget.

In January, there were 367 different tax incentives.

A law passed in 2010 aimed at increasing the transparency of various tax incentives obliges the Ministry of Finance to publish annual reports on corporate tax incentives as well.

Although these reports are available on the Internet, the names of the companies that benefit from the tax advantages and their reduced amounts paid in corporate taxes are not disclosed.

A provision of the law requires the central government ministry overseeing tax incentives to evaluate the effectiveness of the program when applications are submitted to extend the incentives.

The Home Office in turn checks whether departmental assessments are carried out appropriately.

But in fiscal year 2021, when 30 assessments were reviewed by the Home Office, it found that 23 cases lacked objective data to assess the past effects of the tax incentive program.

The assessment program itself has been criticized because many departments set vague targets, making it difficult to assess whether the target was met and what effect the incentive had.

“Providing tax burden incentives without sufficient assessment of the effects is a major problem,” said Shigeki Morinobu, research director at the Tokyo Foundation for Policy Research. “There is a need for a fundamental review of tax incentives to determine whether they are effective.”

Kenjiro Tatsuoka, a researcher at the Japan Research Institute, said the information disclosure was inadequate because individual company data was not published.

For each tax incentive program, the Ministry of Finance only publishes the number of companies that used the benefit and the total amount of corporate tax saved, but no names are disclosed.

The corporate sector has vigorously resisted any move to disclose the names of companies benefiting from the tax incentive.

Despite this weak oversight, ministries submit requests to the Ministry of Finance each year for an extension of the tax incentive programs they oversee.

This year, 139 such requests were submitted. Only one request requested the removal or reduction of the amount of the tax incentive.

“While I believe a full review is needed, there is nothing we can do” about such coordinated action, a senior finance ministry official said.

Grandstreet Theater will integrate ASL interpreters during the Saturday show

cbdt: IT department committees on acute assessments to submit report in about 2…

ET Startup Awards 2022: All the Details